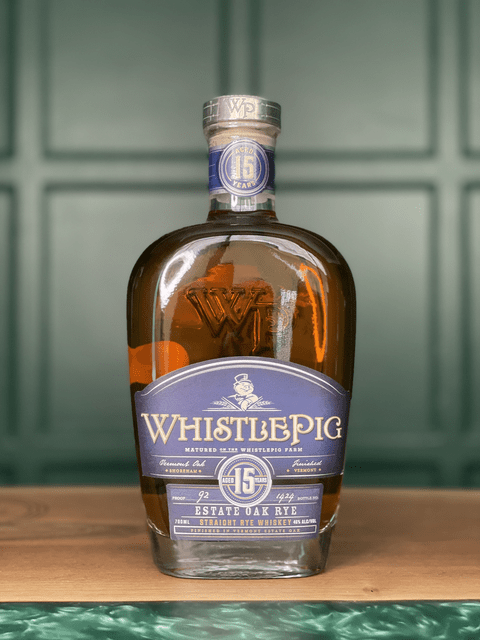 Released in 2016, this is the 15 year old straight rye whiskey from WhistlePig in Vermont - their oldest release so far! 15 year old expression has enjoyed a finishing period in Vermont oak barrels which have been given a long toast and heavy char. Due to shorter growing seasons and harsh winters, Vermont oak has a tight grain pattern, which can affect the flavour profile of the whiskey

Toffee and butterscotch, a little bit of dark chocolate too. Soft spices grow and grow. A touch of intense oak warmth

There are no reviews submitted